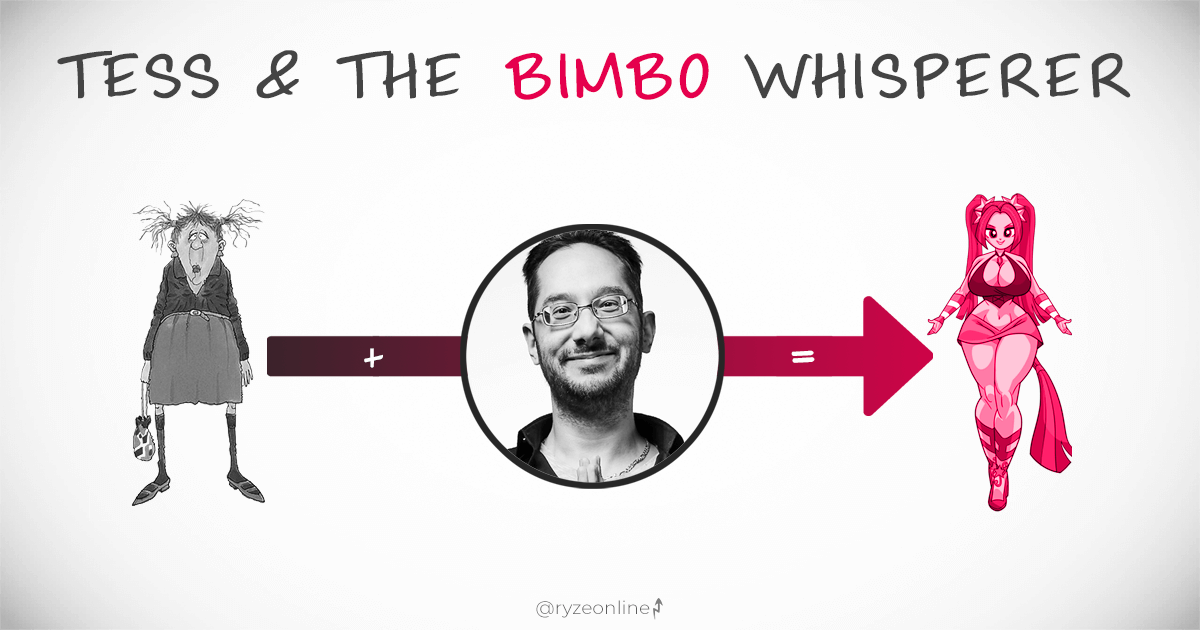 The Story Of Tess & The Bimbo Whisperer

Theresa was a frumpy, depressed mom, but she had bimbo dreams.

The bags under her eyes told her she was too tired to dress up, so it was yet another frump day chauffeuring Jake & Jen around. She just needed a few minutes to herself, so she sat on the toilet scrolling through her phone. Her feed was brimming with women she secretly looked up to. Images of ‘bimbos’ from previous generations like Marilyn Monroe & Anna Nicole Smith, as well as modern-day ones like Alicia Amira and Jessica Cakes. She stared at these bubbly, happy, playful, hyper-feminine women who had somehow created empires for themselves just by being girly.

She dreamed of hitting the gym & eating better, but she’d need way more money to do that. And even if she did get in shape, daring to bare more than a shoulder would cause her husband, Antoine to shame her. Maybe she could play with makeup a bit, but between her loss-prevention job and mom-duties, she didn’t have time. Theresa yearned to be like her bimbo role-models, but had long-resigned to a life of menial chores, bland & functional clothing, and hard-work & sacrifice for her kids.

…she just watched from the cheap-seats. She read book after book on femininity, without actually applying any of the lessons in their pages. She’d get a slightly different shade of red lipstick and pat herself on the back for her ‘bold, new look.’ She’d cut out coupons and overwork herself, telling herself that she was ‘saving up’ for a breast augmentation. That way, whenever anyone asked if she was pursuing her dreams, she could say ‘yes’ with a straight face. Deep down she knew that the best way to trick others is to trick yourself first.

She was constantly settling for a masculine day-job, zero focus on beauty and body-care, and continually prioritizing her family over her dreams. After all, that’s what a good, productive citizen does, right? But she still had this feeling in her gut that she did her best to ignore. It said ‘then how come the women you admire are way more productive just focusing on fun and frivolity?’ Theresa did her best not to think about this, until one day, the answer practically smacked her in the face. It came from a ‘recommended account’ on Instagram called ‘J-Ryze: The Bimbo Whisperer.’

Surely this is a scam. He’s probably just a horn-dog. Or maybe he’s just cluelessly parroting stuff he’s heard from women. Or hell, he probably thinks that bimbo-wannabes like her are desperate, and he’s just looking to cash-in.

He said wannabe-bimbos stay small because they continually make choices that don’t serve their dreams. They do this because of fear of judgment, fear of shame, fear of guilt, fear of conflict, fear of abandonment, fear of poverty, fear of overwhelm, and all kinds of other reasons too. But whatever the case, it all boils down to fear. J-Ryze pointed out that every upcoming bimbo’s heart and gut know what they should do. They know they should take steps and find a healthier, more feminine way to make money. They know that beauty is valuable and productive, and not to be crammed into spare moments. They know that keeping anyone in their lives who shames or judges them is a dream-killer. The bimbos that succeed listen to that voice. The wannabes repress, ignore, and avoid that voice.

And most importantly, made the courageous, committed decision to apply his advice. His story-fied bimbo-guide was a roller-coaster read that brought Tess serene peace of mind about bimbhood. His girl-power guide made her realize her own value, stop playing small, and left her feeling massively empowered. His law of attraction guide showed her there were other paths that took much less time, effort, and money to get what she wanted. His ‘business is simple’ and ‘money-manifestation demystified’ guides totally flipped her perspective of making money. His post called ‘5 Myths About Manifesting A Specific Person: Busted’ inspired her to take steps towards divorcing Antoine. He also gave actionable steps to manifest a better body, skin, often without needing costly surgeries.

Theresa had never felt so seen, heard, and understood. With all the bold, fearless action she was taking now with every little decision in her day, who knows where she’d be in a year?

She understood that her body is a temple and few things are more important than taking care of it.

Antoine had been replaced with Rob, and Antoine’s slutshaming was swapped with Rob’s photography.

And after an initial rough patch, Tess’s parents and kids actually became quite supportive when they realized she was a happier, richer, shining example of how to live your dreams.

In just one year of rigorously following J-Ryze’s advice… Tess had bimbofied herself just like she’d always dreamed of. 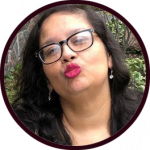 Hi! Do you want J-Ryze to help you on your bimbo journey?

Well, he only accepts those who are truly serious about transforming their lives, and he’s only reachable by a personal introduction via me, Cynthia ‘Cynshine’ Moreno.

So if you want to benefit from his crazy bimbo-magic (like me and Tess!) please email me at cynshineonline@gmail.com.

Either way, I appreciate you and wish you a joyous and successful bimbo journey.

Want more from me on Bimbos & Beautification?

Want To Learn How To Make Money On OnlyFans In 8 Easy Steps?

You can. Just read our guide. It's the best one out. And it's completely free.

Show Me The Guide!