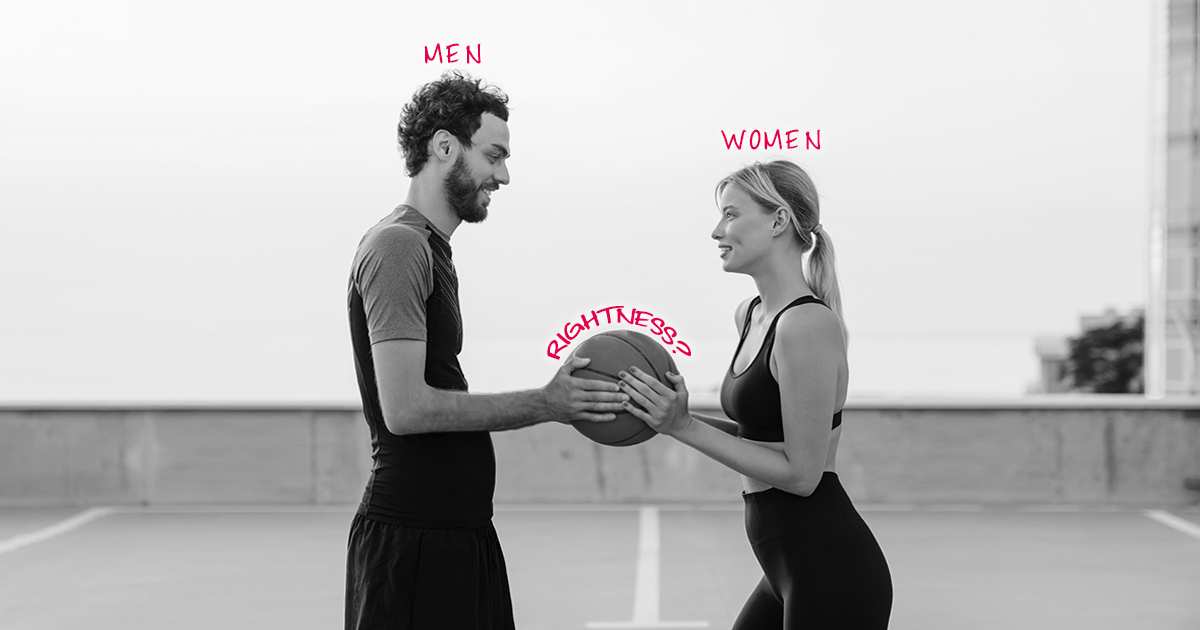 Read why women tend to 'win' verbal battles, but not the relationship fight, or war.

You may be great at getting your way, but that doesn’t mean your conversations are healthy, productive, or helpful for achieving your hopes in dreams, in relationships or life. Knowing 46 landmines to avoid may help your relationship fights go much smoother. Disclaimer: This is meant to help you communicate more effectively. It’s not a statement on gender. In general, they behave quite differently in relationship fights.

But I’m not saying one is better than the other.

I’m just pointing out that they use different communication approaches.

For example, if you want to accomplish productive understanding, mutual harmony, and healthy conclusions… the masculine mode of communication is more effective.

Meanwhile, if you’re looking to feel ‘right’, spark action, and ‘move’ people to a certain feeling or emotion, the feminine mode of communication is more effective.

So of course, exceptions exist.

But the vast majority communicate in their default way, without ever trying an alternate method.

And the vast majority use the wrong communication mode for their goals quite often.

This likely includes you.

(Ask yourself, am I masterful at communication? Am I really the exception to this article? Or is there likely much here that’s going to help me in conversations I have for the rest of my life?)

We all tend to use the wrong mode of speech sometimes, and it leads to a lot of frustration for all involved.

This clash of communication styles shows up especially in debates about things that matter to people.

Wealth, body autonomy, politics, religion… even small things, such as ‘taking out the trash.’

Often, feminine folk (including ‘simps’ who display minimal masculinity) can ‘win’ discussions using a variety of speech tools, but most of them are toxic, harmful, and hinder any real progress towards actionable solutions or sincere understanding.

This is because those femme-style speech patterns aren’t really designed to create mutual understanding.

Debates between men and women on any TV show or podcast tends to make this abundantly clear.

But don’t get triggered.

This isn’t a bad thing. Nor is it feminine folk’s fault.

It happens because feminine-leaning people are biologically wired and socially conditioned to use words in the following ways:

And they’ve not been taught to us words as tools to evolve humanity, create harmony, or reach reasonable conclusions.

Most people haven’t been taught how to engage in a healthy relationship fight.

But feminine-leaning folks have less natural talent for civil debate.

They tend to argue to ‘win’ the verbal exchange, rather than debate to get at the root of the issue.

It’s common for feminine-folk to ‘talk in circles’, rarely addressing the point at the heart of the discussion, and rarely reaching a shared, logical conclusion between both communication partners.

They’ll use verbal tricks to keep the argument going in circles, never making any progress, until their partner gives up, exhausted.

Then they’ll think “Hah, I showed him!”

These things may ‘feel good’, but don’t lead to a productive or value-filled discussion. They won’t create better relationships. They won’t make someone ‘see the light.’

And feminine folk often can’t help it, because it’s basically all they know, since it’s been ‘making them feel better’ for them for decades.

Most have batted their eyes, shed crocodile tears, or gossiped for years, and it usually got them what they wanted from parents, peers, teachers, etc.

They’ve been taught to use words as emotional weapons, rather than to argue productively in ways that create positive change.

Productive debate for the ‘clearest truth’ of things is a man’s game.

Or at least, it’s most easily achieved through masculine-leaning speech patterns.

They need to abandon irrationality, fallacy, and self-serving tendencies.

(Sidenote: This is a big reason, though not the only reason, why most philosophers, comedians, scientists, and stock-brokers are men.)

Masculine-leaning folk are biologically wired and socially conditioned that ‘word is bond.’

They’re wired to ‘debate logically’, get their facts straight, be reasonable / rational, and to make strong cases.

(This often makes them terrible at romancing others and poetic license to ‘move’ people, but it helps them in productive debate.)

It’s common for masculine-folk to use precise, efficient words to make their point, and to concede a point when a communication-partner has solid, irrefutable logic.

It’s common for masculine folk to ‘get to the point’ that matters, to reach a healthy conclusion, and then make whatever adjustments are required to incorporate the new understanding into a healthier, more logically consistent life.

(Again, of course there are  exceptions, such as immature, self-serving guys.)

If you treat a conversation like a battle or a war where ‘one person is right’ and the ‘other is wrong’, you’re destined for pain and suffering.

If you treat a conversation like a collaborative deep dive to find the truth and to create mutual agreement of some kind, you’ll thrive.

If you’re tired of:

Then you’ll love exploring the 46 conversational land-mines to avoid below.

"Roadblocks come into personal lives as well as business. J has mastered the art of communication. He knows the right questions to ask to unleash a person's creativity and explore new possibilities. If you desire to re-design your life or business, start going above and beyond being mediocre. J will get you there with class. Start searching for the stars by putting J on your team. It's time to #Ryzeup"

46 Mistakes To Avoid In Relationship Fights:

Doing these 46 things may 'feel right' to you, but they harm relationships.

The following can drag arguments out for a rush of drama, or they can give you the ‘last word’, but only in ways that will harm your relationship.

If you can avoid these, you can have a healthy, fulfilling discussion that gets to the truth and creates productive change.h maturity and skill. 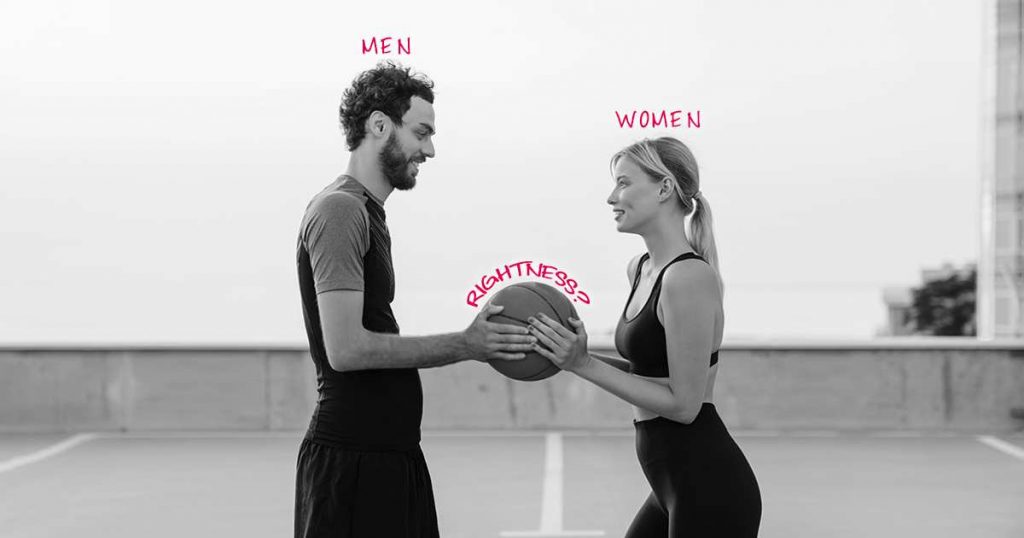 If you can’t, you’ll get to ‘feel good’ but your life or relationship will remain stuck and unchanging.

Real change comes from stepping up and conducting your discussions with maturity and skill.

This list will focus purely on verbal communication issues, as there are plenty of articles out there covering things such as:

NBC news has written fairly in-depth about arguing over chores.

LifeHack.org proposes that this is actually a good thing?

I covered this in absolutely bonkers depth in my medium.com article: The Surprising Secret Of Why “My Kid Hates Me” (& How To Fix It!)

Personally, I believe the tips in those articles, while wonderful, are useless if you don’t understand how to communicate your points in a healthy way.

That’s why I outline 46 conversational mistakes below.

The average feminine-leaning person does most of these things.

They do it because of biological leanings, and because of societal conditioning.

They do it habitually, without even thinking.

And it often helps them ‘win’ an argument.

But they’re all unhealthy, toxic, and counterproductive to creating a wonderful life or reaching any sort of fulfilling solution.

Interestingly, most of the above are used by politicians to move the public to action, ‘feel right’, look good, and win votes.

This is because politicians know that healthy, logical discussions have little place in the popularity contest that politics is.

Don’t turn your relationship into a politically-charged popularity battleground of who ‘looks best’ or who ‘seems right.’

Instead, make your relationship a place of truth, harmony, and personal growth.

I may write a sequel to this that explains each mistake on a deeper level, or a companion piece that explains what we ‘should’ do for healthy relationship fights, especially if anyone reaches out to me with questions, but for now I’ll end it here.

I truly hope you found some value in this, and I wish you fulfilling, enjoyable, smooth interactions with your partner or anyone else you’re relating to in life. 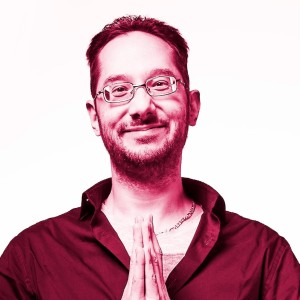 101 Differences In Men Vs. Women (The Ultimate Cheat-Sheet) 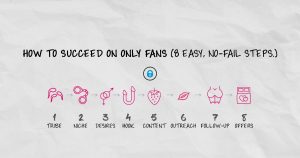 How To Succeed On OnlyFans (8 Easy No-Fail Steps) 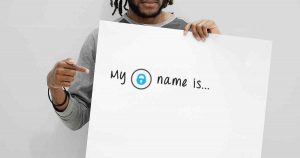 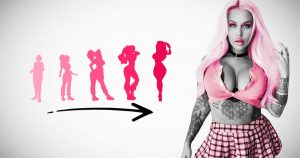 How To Be A Bimbo: The Ultimate Bimbofication Guide (Emma’s Story) 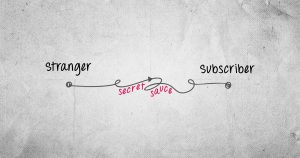 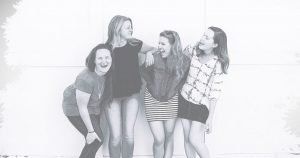 Are you a generous person?

Do you want happier friends?