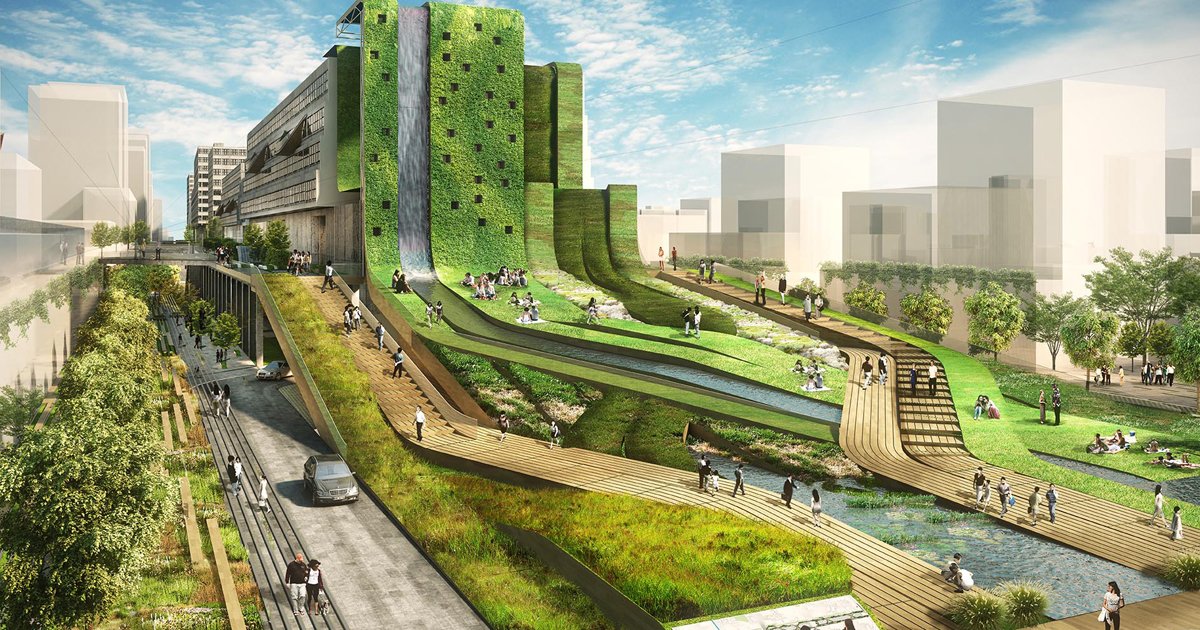 We have new phones & new houses, but where are earth's new cities?

As a teen, I wanted to be a hermit.

I wanted to live in the wild away from everyone. Even now, I’m barely in “the system”, and sidestep most constraints of city-life.

Back then I felt powerless to fix what I felt was a broken city, a broken society.

It was a narrow, teenage-view, sure, but my early frustrations were seeds. They helped me realize that cities aren’t broken, they’re just the best we’ve got so far. And I believe we can do better, I believe we can help cities ryze, but maybe we need to start from scratch.

It's time to help cities ryze.

"This City is what it is because our citizens are what they are." - Plato

My uncle drove his car every week, for 10 years. 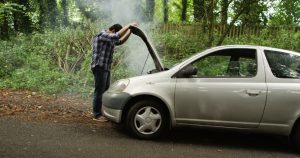 Grant kept driving the exact same car, even though his job changed, commute length changed, and he had another child.

One year he’d sink a thousand bucks into it for a new transmission. The next he’d drop another grand for new tires. Towards the end, it was breaking down every three months and draining time & money.

Everyone said the same thing “Dude, stop pouring money into that beater! Throw it away, get a new car!” And they were right.

Grant was miserable and didn’t realize it. Parts of his life were on hold just to fund car repairs. His family suffered in silence.

A new car would make commuting, family trips, mileage, everything better. A new car equals a better life. And with a new car, he’d end up getting far more bang for his buck, actually saving money, and having a new standard of transport.

And with a new car, he’d end up getting far more bang for his buck, actually saving money, and having a new standard of transport.

And it makes sense.

People will gladly ditch smartphones, computers, or a car in favor of a newer model, so why not do the same for cities?

I mean, ain’t it time to drop the ‘band-aid cures’ and just admit the whole city is obsolete, under-delivering on society’s needs?

Ain’t it time to admit that —like my uncle— our city desperately needs a newer model? And to admit that we’re hurting everyone by hanging on to an old beater?

Well, yes and no.

Which brings me to the story of Alyssa, The Starving Artist.

Canvas was pricey, so Alyssa couldn't use watercolors.

‘Lyss hated admitting she was a ‘starving artist’, but she was.  Her only option was to brush over old paintings, on old canvases.

Which isn’t horrible. There’s nothing ‘wrong’ with using old canvases, but as the layers of paint build up, it requires more ‘brute force’, patience, and heavy layering to cover over what was there before.

She didn’t have as much finesse or control, and she certainly couldn’t use the subtler watercolors she preferred. She had to blob the canvas with thick oils or acrylics.

It made art a chore for Alyssa, and her heart just wasn’t in it. What she really wanted was the freedom of a blank canvas. A blank canvas invites truly unlimited vision, it brings out something powerful in people, and not just in artists. 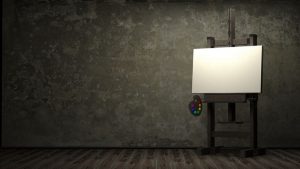 … everyone can benefit from a ‘blank canvas.’

Now apply this to cities.

Instead of giving society’s city-builders ‘a big contract’ to ‘renovate’ some small chunk of a city, while dealing with hundreds of inane restrictions, vs. investing in them to collaborate on a new city using a ‘blank’ landscape? What kind of lifestyle would we have from a fresh city? 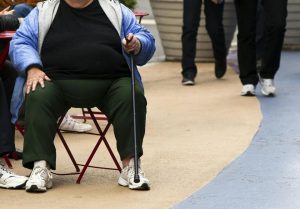 Joe used to be fit. Attractive, vital, alive. Everyone loved him. But at sixy-four, decades of poor treatment –inside and out– had left Joe bloated, crippled, and obese.

When one cell in his body went to repair an injury, it got damaged itself, trying to move through clogged arteries. When a ‘reflex’ cell avoided tripping, the signals passed so slowly they were too late. Every cell of Joe’s was struggling to accomplish it’s purpose.

But it didn’t have to be that way.

Nature’s powers of rejuvenation are miraculous. Joe could be restored to glory, if he really focused on it. If he tuned into his body, stopped stressing, and didn’t feed junk into his bloodstream, he could lose the weight. He could clear up his arteries, and regain his youth.

Many others, worse off than himself had already done it, but Joe had given up. He feels change now would be biting off more than he can chew. He doesn’t believe in a crazy ‘one-eighty’ body-reversal.

Which is fine, but the possibility is still there, and there’s still good that comes from Joe’s situation.

‘Cause Joe’s kids, Sam & Max were learning to live better than he did. The next generation can live brighter, more fulfilling lives.

It’s the same with our cities.

Today’s urban spaces are bloated, like an unhealthy body, population density is out of control. They’re crammed-to-bursting with condos, people, an cars. They rely on a foundation of poorly laid out paths & narrow roads clogged with SUVs. They’re sluggish and numb, like an unaware body.

No one in the city knows what’s going on, communication is subpar.

Every citizen (cell) is struggling to fill their purpose and setup to fail, so the whole city (body) is crippled, just like Joe.

But this is all self-inflicted, and it doesn’t have to be this way. And hey, maybe we’re like Joe, and we don’t want to put any effort into fixing our current cities. Which is fine, I get it.

But like Joe’s kids, next-gen cities can be way better.

"A city is not gauged by its length and width, but by the broadness of its vision and the height of its dreams." - Herb Kaen

Cities are no exception. They offer value, and they charge for it, whether people realize it or not, and that needs to be recognized. The weird thing is few people seem to ‘get this’ even though it shows up in their language all the time.

“This city is run poorly.”

These are all things that are said of companies & corporations too. I’m not saying cities are transaction-based things.

They need love & empathy at the heart of them, but like businesses, cities exist to serve society and provide value. They can profit or be in debt, just like a company can.

And it’s super-important that more peeps get it. 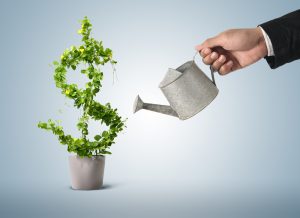 We’re in the age of entrepreneurship, and each citizen is part of it, whether they admit it or not.

That, at a basic level, is the value-exchange.

If a city run poorly, a select few citypreneurs may profit, while most citizens are taken advantage of, mistreated, and devalued.

But if a city is run well, then everyone thrives and more value is given back to the society it serves, just like a company investing and re-investing in itself.

So what’s the highest leverage for whether or not a city thrives? 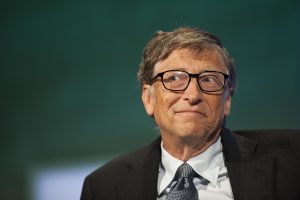 Founders build mini-societies often, even if they didn’t mean to. Consider terms like the ‘Googleplex’ or ‘The Cult Of Apple’ they’re no coincidence.

Google’s & Apple’s ‘campuses’ are practically mini-cities by themselves. Because cities behave like  –and revolve around– their founders. The culture of the society is influenced by… well… it’s influencers, and this is vital.

People forget the founders. They think cities are some complex thing —and I agree— but only to a point. I believe cities, (like many of life’s most beautiful things,) are simple at their core, and complex in their expression.

When gambling is approved by Vegas co-founder William Andrews Clark, the city becomes gambling central. When tattoos are seen as beauty by founder Selena Mooney, SuicideGirls is born.

They came from a powerful desire inside an individual, and they rapidly attracted like minds.

The values of founders are where the real power lies.

The beliefs, values, and focus of the founders are what determines the society that grows around them.

And if those values are embedded in the culture well, they influence it long after the founders are gone.

But that’s not what really matters. What matters new founders can start a new culture, in a new city, any time. Truly.

It may take generations, failures, and experiments –but it can be done– and their bold vision attracts others who resonate.

Most people are focused on the traffic, economy, and laws of a city, so they don’t see the forest for the trees.

The highest point of leverage is the hearts & minds of city leaders.

Start there, achieve true greatness, and the rest of the parts will fall into place.

"Really advanced civilizations are based on advances in energy." - Plato

So what's the plan, man?

Well, like cars,  canvases, bodies, and businesses, it’s time for a refresh. So here’s a rough plan:

PHASE 1 – GATHER ‘CITYSTARS’
Bond together a team of loving, impactful ‘stars.’ They don’t have to be celebrities or brands, but the idea is to unite effective, ambitious creatives from a wide range of fields around shared values, with the purpose of creating the ‘worlds best’ city. Their desire, focus, power, & platforms are the bedrock foundation for everything else.

PHASE 2 – ENCOURAGE COLLISIONS
Tony Hsieh says if he had the chance to rebuild vegas again, he’d encourage serendipitous ‘collisions’ between innovators, even more than profit. Connect innovators with a ‘blank canvas.’ Do this under an umbrella of genius human resources.

PHASE 3 – RESOURCES & MOMENTUM
Help this core of game-changers to assemble their own sub-teams, secure resources, and build momentum, but unify.

PHASE 4 – GROWTH & REALIZATION
Let nature take it’s (messy) course as others flock to this group of powerful founders and help realize the vision. 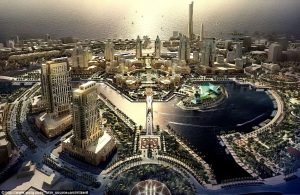 That’s it at a high level.

The best plans are simple, and it wouldn’t surprise me if the plan pivots, changes, and evolves.

Sure, it needs work.

Yes, there’s like a million details that need sorted out, I get it.

It needs chunked down into clear, achievable steps. Better plans spring from it. It’s a seed, and I’m psyched to see what it blossoms into, and to see who ‘gets it.’

So if you’re deeply passionate about creating a new city, let’s talk.