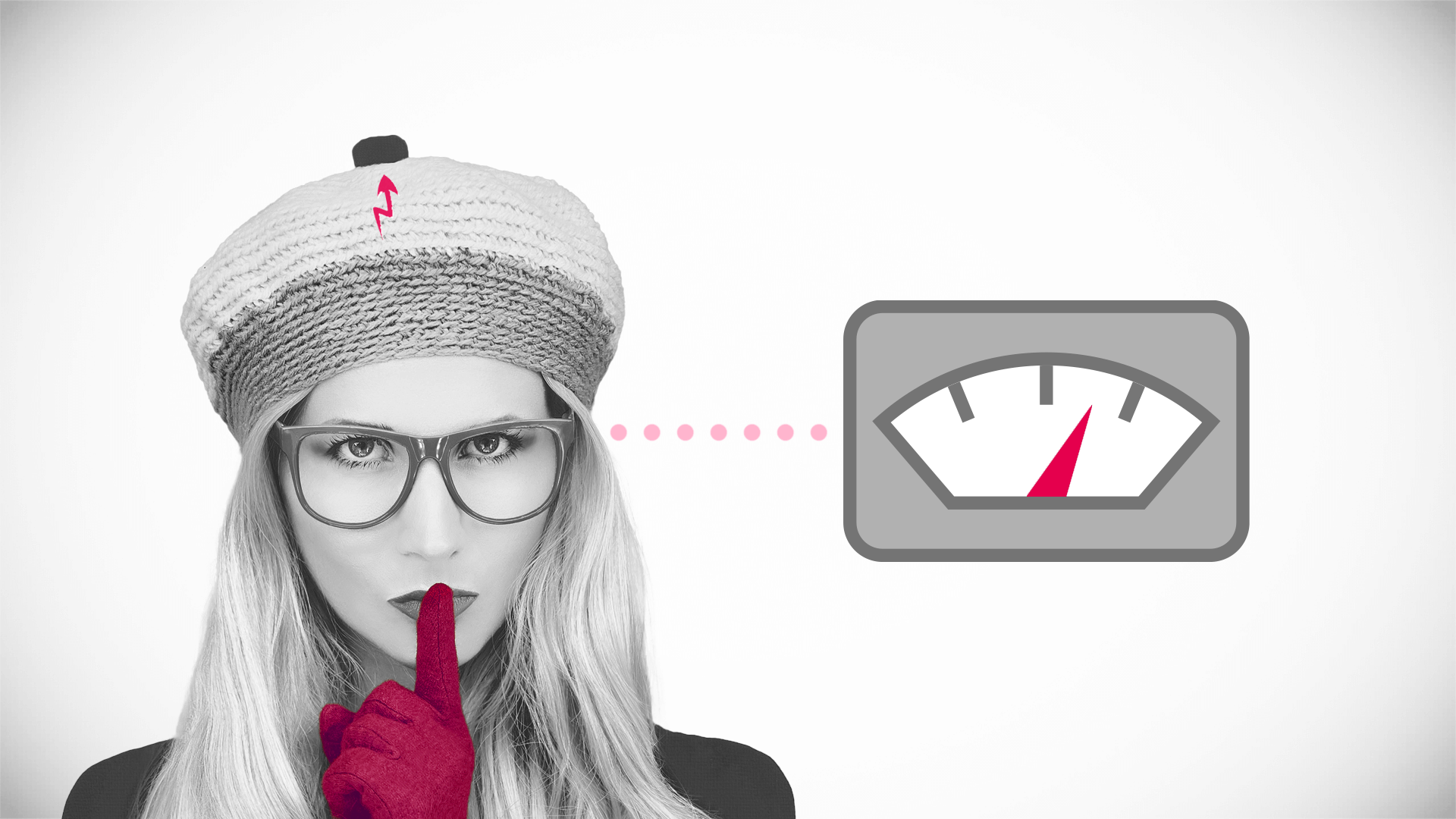 I had to be homeless for years to get this.

Disclaimer: This isn’t a full guide to manifesting, it is simply a helper article to clarify one of the most misunderstood parts of the law of attraction.

I’m deeply appreciative of everything now, but I wasn’t always this way.

In fact, for years I was entitled, ungrateful, and ignorant of the beauty and abundance flowing in the world and the economy.

But at the time, if anyone asked me, I would’ve sworn I was a kind, ‘grateful’ person. I couldn’t possibly admit that I was emo AF, and not really very grateful for much.

Instead, I was bitter, angsty, and thought I was better than everyone… and it landed me nothing but years of homelessness on the cold streets of Toronto.

Because when you have ‘nothing,’ it makes you start to appreciate every. little. thing.

Found shelter during a storm that doesn’t cost money? It feels like a miracle and you’re so grateful for it.

Was able to sleep through a winter night without a security guard kicking you off a bench? Another miracle and you appreciate it like nobody’s business.

Discovered that you can soothe tooth pain with a rock-salt gargle? It’s literally heaven, and you’re thankful beyond all reason.

Hitting rock-bottom isn’t the only way to tap into gratitude, but it was my path, and it helped me a lot. I began to be grateful for everything. Every piece of furniture someone manufactured for me to use. Every piece of content I got to use to entertain or educate myself. Instead of taking the mountains of furniture in my city, or the mountains of free content on the internet for granted, I became deeply appreciative of them, and many other things.

And this deeper-than-usual appreciation was a big part of my manifesting a better life for myself.

I guess I didn’t need to write all this to point out that ‘gratitude is powerful’, because most people in Law Of Attraction circles already know this.

Namely, that there are levels of gratitude.

And that even ‘smart’ people can be blind to the level of gratitude they’re bringing to life.

Ultimately, if you’re not getting the results you want in life, it’s probably worth checking on your gratitude levels. I mean really, truly taking an honest look at how grateful you are for the incredible amount of abundance around you. The earth, the city, humanity is full of opportunity and blessings flowing all around each of us, but most people either complain about flaws, don’t see it at all, or only pay lip-service gratitude to it.

So, to help us understand gratitude better, I’ll divide the spectrum of gratitude into four levels: 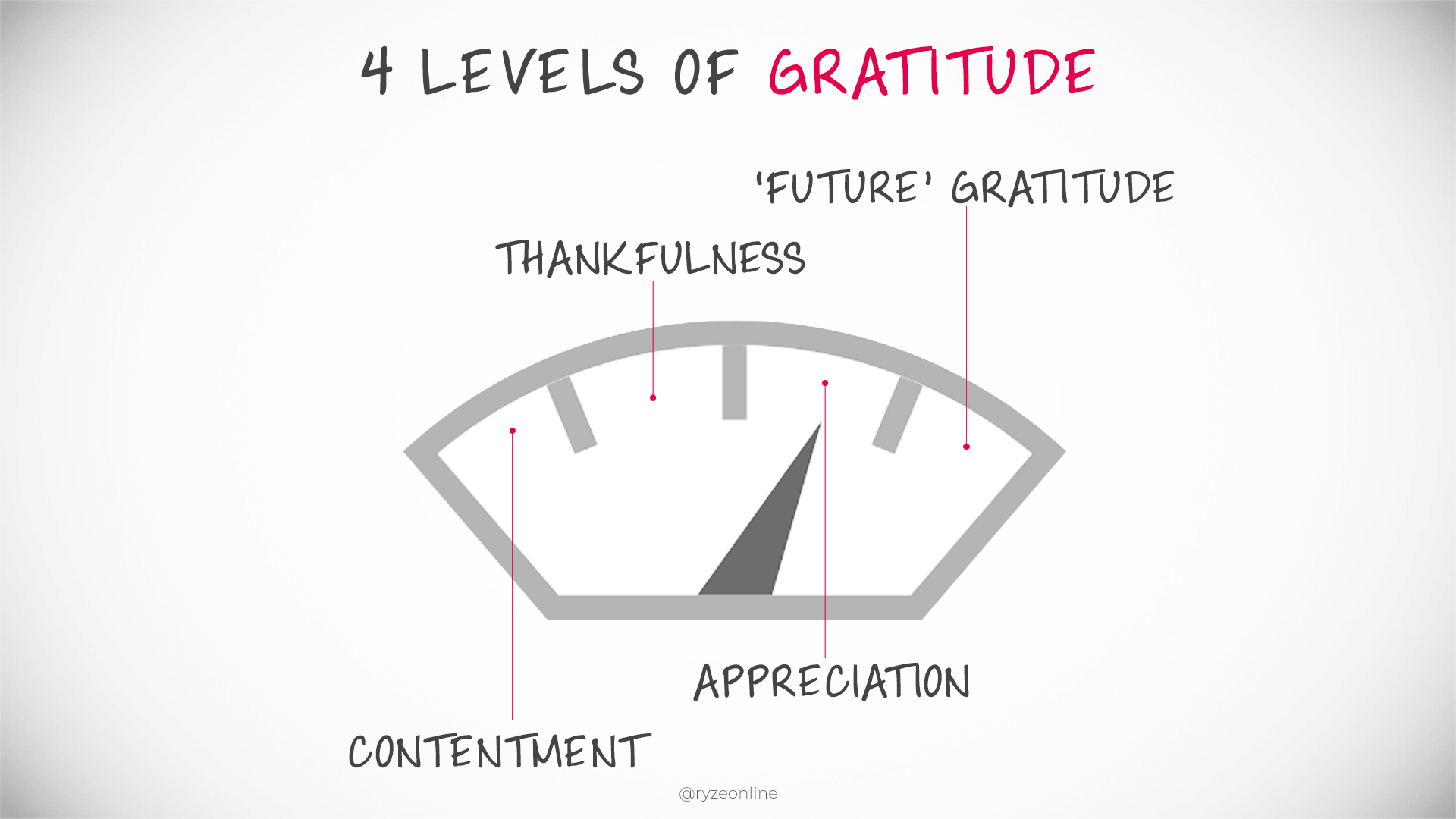 CONTENTMENT is what the vast majority of society thinks of as gratitude. It’s the shallow ‘thanks’ when someone passes you the salt. It’s the ‘ahhhh’ moment when you kick your shoes off after returning home. It’s just being vaguely content about something, and it’s not a very powerful form of gratitude, but it’s better manifestation-fuel than whining, bitterness, or negativity.

THANKFULNESS goes beyond simple contentment. It’s the ‘thank you so much’ you give to someone when their content has given you an a-ha moment, or the humble gratitude you have for having a home to return to at all. It’s still mostly small spikes of gratitude, and relatively weak as far as manifesting-power goes, but it’s a step in the right direction and can definitely get some pleasant results.

APPRECIATION is when we’ve crossed into deliberate, prolonged, consistent gratitude. It’s writing an entire article as a tribute to something we appreciate. It’s paying close attention to details and showing true appreciation for any and all of them. It’s seeing the positive aspects in everything, even things that others would bitch about. As far as manifestation is concerned, a truly impressive life can be built on appreciation alone. If someone is able to bring deep appreciation to everything they do, they’ll live a charmed life, and I’m telling you right now, only a few people ever manage to do this. It takes practice reach this level.

‘FUTURE’ GRATITUDE is appreciation, but for things that have yet to manifest in our current reality. (The Bible calls this ‘prayer’, but it’s kind of a loaded word.) This is being truly, deeply, clearly grateful for the lottery we’ve already won in the future. It’s being sublimely thankful for the soulmate we’ve already united with. It’s being blissed out at the incredible performance we’ve delivered for the client next week. And since most people are trained to worry about the future, only a miniscule amount of humans have practiced future gratitude enough to be adept at it. Some people dip into this now and then, but only legendary gurus and law of attraction masters dwell in this gratitude-zone. Still, I know you can do it too, with focused practice.

If you’re wondering why your manifestations are happening at a certain speed, it very often correlates to the level of gratitude you’ve been embodying on that subject, or in general, so it’s worth exploring.

That said, while gratitude is a powerful manifestation tool…

There are other methods and approaches to manifestation, but I won’t get into them here. Instead, I’ll just say that a tool is only as good as it’s wielder.

To use gratitude effectively takes practice.

Especially if you happen to be rusty.

And I hate to say it, but most of humanity is rusty AF at gratitude.

Most people are just like I was in my dark years: Massively whiny yet claiming I was ‘a grateful person’ til I was blue in the face… meanwhile manifesting next to nothing.

Most people are so under-practiced at gratitude, they can’t even recognize when they’re really tapping into it, or just how deeply they’re doing so.

Only you know the truth about your level of gratitude, but if you don’t wake up soulfully grateful that you have a) a solid surface supporting you to lay down, b) a roof keeping you sheltered from the elements, and c) the massive, open, freedom-embodying outdoors that is nature, I’d say you’ve some work to do, because those are insanely valuable blessings, not to be taken for granted. Same goes for the miraculous inner-workings of the human body healing you, restoring you, energizing you to get through yet another day. Same goes for the trillions of dollars flowing throughout our economy.

I want you to manifest your dreams, and one of the best tools you have at your fingertips to help realize them… is gratitude.

And I hope this piece helps you use it well. 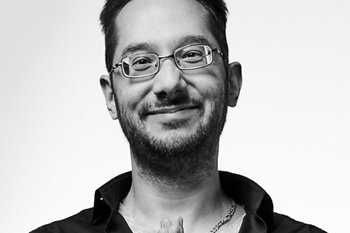 Note: Law Of Attraction is simple at its core but –like many skills– has a nuanced execution and takes a decent amount of time & effort to ‘get right’ for those not naturally gifted… so there’s more to it than I mentioned here. I wrote this simply because many people get confused on manifesting love and intimacy using LOA, and I felt this would help.

P.S. Want more from me on Law Of Attraction?

Want to make $1000 Extra A Month From Your OnlyFans?

You deserve to earn more, which is why Cyn & I created a risk-free way to help you make more money from your OnlyFans (or IG). And I believe you owe it to yourself to at least check it out, because opportunities like this are rare and time-limited, and bootcamp may have already started. Don’t miss your chance to learn the basics of Bimbo Wealth Creation.